What Do You And Triceratops Have In Common?

CNN recently reported that researchers at Montana State University, after 15 years of research, have concluded that it took triceratops a million years to develop its signature horn. Fascinating stuff, right?

What Does This Have To Do With Me?

Given this glacially slow evolution, it shouldn’t come as a major shock that the human brain is still influenced by primal instincts. Eons ago, when survival and reproduction were our primary concerns, and food and potential mates were often scarce resources, it was in our best interests to act on impulse and seek immediate gratification.

As such, we developed a motivational system that propelled us toward action and consumption. Dopamine – the primary hormone in the reward system – plays a major role in anticipation and arousal, and triggers stress hormones that make the object of desire seem critical to survival. Which it may have been when you had to chase down dinner (and maybe a mate, too) as it ran by.

Fast forward to present day, where you can order dinner at a drive-thru while perusing potential mates on Tinder, and our primal urges are not necessarily in our best interests anymore. This is where triceratops comes in.

Just as the prehistoric creature eventually developed its characteristic horn to increase its chances of survival, the prefrontal cortex of the human brain has evolved to help with impulse control and delaying gratification – to help us survive in the modern world. Where our primal brain operated using primarily a fight-or-flight response, our present day brains have a pause-and-plan response to allow for thoughtful action. Mind you, the fight-or-flight response still serves us extremely well in emergency situations and external dangers; however, the pause-and-plan response is necessary when instincts are pushing you toward a bad decision – when the enemy is within, if you will – allowing you to look at the big picture and think long-term.

Enter willpower, the biological instinct that evolved to protect us from ourselves and help us differentiate from what we want most to what we want right now.

So Why Aren’t I A Goal-Accomplishing Fool?

Willpower sounds great, right? – the ability to remember to look out for your long-term interests even when it’s easier to do the opposite. So why, then, is it so hard to make lifestyle changes like losing weight and exercising more? As it turns out, there are a multitude of reasons that behavior change is so hard. We’ll just look at a few:

Is There Anything I Can Do?

Luckily, there are plenty of things you can do to strengthen willpower and preempt your more primal urges from derailing your long-term success.

Building a habit of noticing what you are about to do and choosing the more difficult option instead of the easiest is one way to increase overall willpower. By consistently controlling any small act that you’re not used to controlling (for example, opening doors with your non-dominant hand), your brain gets used to pausing before acting, which is exactly what you need to do to analyze your decisions before trusting your instincts. Like an athlete, you want to train your willpower “muscle” by pushing its limits, but also pacing yourself and not taking on too much at once.

Turning to such activities as exercise, yoga, reading, prayer, and hobbies will make more of a positive impact than you realize. As mentioned earlier, stress essentially forces you to rely on impulses and immediate gratification for the promise of happiness. Unfortunately, many of the stress-relieving activities mentioned above don’t excite the reward system, so you underestimate how they make you feel. Exercise, especially, will not only decrease stress but actually increase your willpower reserve at the same time.

While social influence can pull you down, it can just as easily pull you in the right direction if you surround yourself with people who share your commitment to your goals and make it feel like the norm.

Once you recognize that you have bounded rationality (rationality only up to a point), you can use that to shift the balance of power back to self-control. Your reward system flourishes at the promise of immediate gratification, which means that getting some distance between you and your temptation will allow you to make a rational decision. Try instituting a 10-minute wait period for temptations and you’ll likely greatly decrease their influence over you.

In addition, you can preempt your Tempted Self from sabotaging your Future Self by limiting your options in advance, known as precommitting. You can help yourself reach your goals by eliminating the easiest route to giving in, making it inconvenient to change your mind, and putting a delay between your feelings of temptation and the ability to act on them.

Lastly, we’ve seen that your future self feels like a different person entirely, which makes it hard to self-reflect. By strengthening your continuity between present and future self, you will not only increase your willpower, but be compelled to be the best version of yourself now.

Awareness of the aforementioned will surely help you with your willpower challenges; however don’t expect perfection. Self-compassion and forgiveness can actually minimize guilt and subsequent indulgence, and increase motivation and self-control, whereas self-criticism will do the exact opposite. Give your inner voice the viewpoint of a close friend or family member who supports and encourages you.

Though humans have come a long way from having to stalk their prey for dinner, we are still very driven by evolutionary impulses. Thanks to the development of the prefrontal cortex, we do have the ability to pause-and-plan our responses rather than always seeking immediate gratification. That being said, it requires a great deal of energy to fight these instincts and do what’s better for us in the long term. The tips above serve to help you better understand how willpower works and how you can get the most out of it.

If you’re interested in reading more about willpower, check out The Willpower Instinct: How Self-Control Works, Why It Matters, and What You Can Do to Get More of It

McGonigal, Kelly. The Willpower Instinct: How Self-control Works, Why It Matters, and What You Can Do to Get More of It. New York: Avery, 2012. Print. 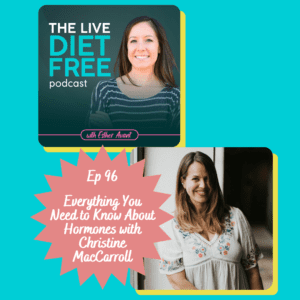 96. Everything You Need to Know About Hormones with Christine MacCarroll

Think your hormones are to blame for your lack of progress?

Functional Nutritionist, Christine MacCarroll, is here to clear the air on the “Big Dog” hormones we should be paying the most attention to, how to know if we have an imbalance with them, and what to do about it.

You may be surprised by some of what you hear, and you’ll also be empowered to focus on what you can control in order to balance your hormones and reach your goals. 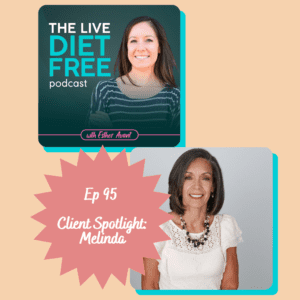 What would you say is the #1 reason you struggle to reach your goals?

If you’re like most Americans, it comes down to a lack of willpower.

In this review of The Willpower Instinct by Kelly McGonigal, we’re talking about all things willpower: what it is, whether it’s possible you really don’t have any, and most importantly, how to train yourself to have MORE.